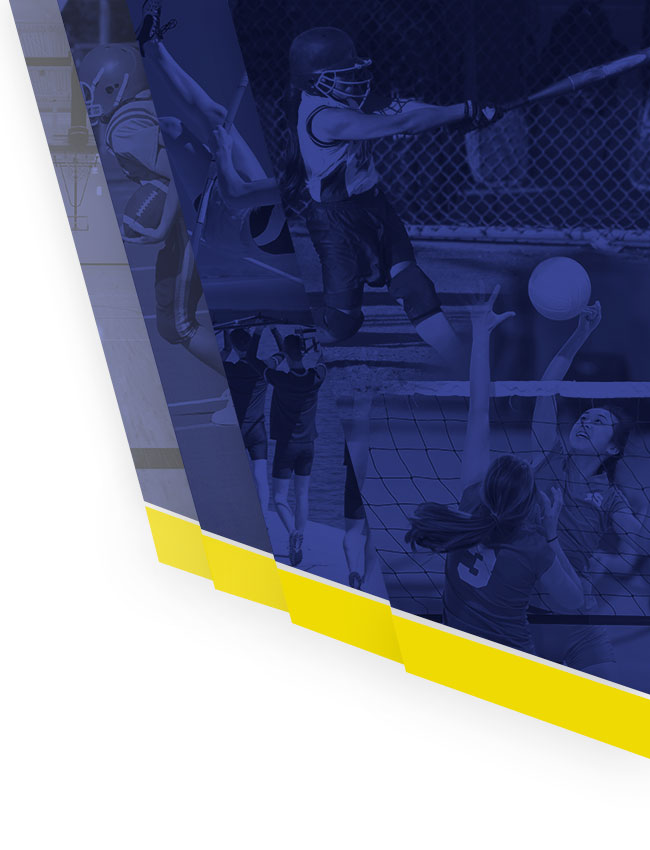 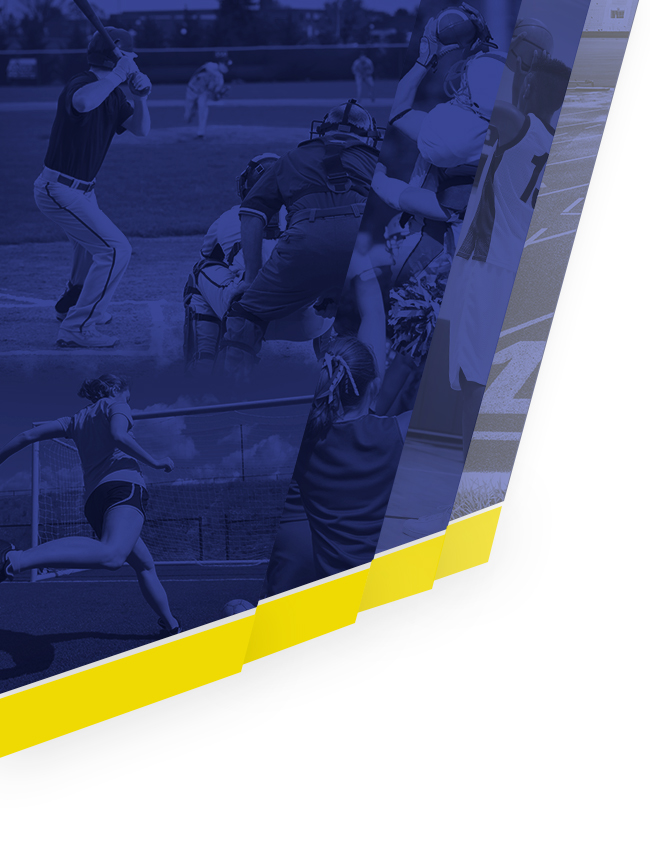 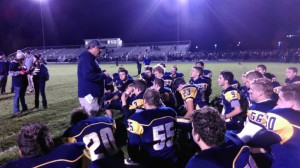 BROOKLYN-  With the game on the line one year ago in Hillsdale, the Golden Eagles of head coach Josh Kubiak lined up for the game tying extra point against Hillsdale.  But after a Hornet timeout the Eagles changed their minds and instead faked the kick attempt and drove the ball across the goal line to  come away with a dramatic win.

Last night against the Hornets, on a crisp fall evening, there was no such trickery.  After the 12 yard touchdown pass from Khol Partridge to Connor Davenport and just :20 seconds remaining, the decision was made…go for the win.  Trailing 28-27, the Golden Eagles lined up in their spread formation where Partridge scrambled to his right and again found Davenport sliding back over the middle for the game winning conversion.  Four defensive plays later, the Golden Eagles celebrated at midfield with an emotional, 29-28 victory as the fireworks erupted overhead. The win, their fifth in a row, capped off a 7-2 regular season with playoff football looming next week.

“We knew Hillsdale would be tough, they always are.” assistant coach Nate Moore commented after the big win.  “They changed their offense and defense this week just for us.  They had a perfect game plan.”

With the Hillsdale offense controlling the clock for much of the game and the Hornet defense concentrating on Columbia senior running back Micah Raby, the Golden Eagles relied on the arm of Khol Partridge and his receiving corp of Gehrig Elliott, Sam Toumas, Connor Davenport and Michael Phillips to move the chains. Partridge finished with over a 140 yards passing and three touchdowns, two to Elliott and the game changer to Davenport.

A tired, but elated Raby ground out 124 yards rushing for the night on 18 carries.  “They were the hardest hitting team we’ve played yet” Raby remarked.  “I’m sore.”

For the seniors, the game marked (maybe?) their final appearance on the stadium grass.  What an ending for their scrapbooks!

Sunday night the team will learn what lies ahead for them as  the M.H.S.A.A. and Fox Sports Detroit will reveal the pairings for all eight divisions of the 2016 State Football Playoffs.  The team will gather at the Clarklake Golf Course at 6 pm for a pizza buffet and then nervously await the 7:00 pm. airing of the selection show.